Plasma 5.21 is all about upgrading the looks and usability of Plasma. 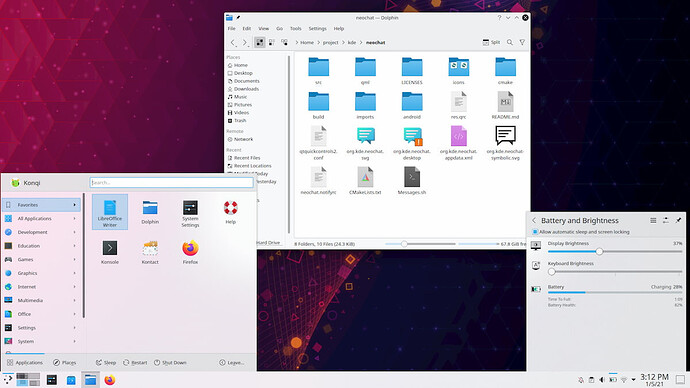 Development of the upcoming version of Plasma 5.21 has, among other things, introduced many improvements into Plasma’s design, utilities and themes, with the aim of providing end users with a more pleasant and accessible environment.

Although most things in Plasma 5.21 beta will work fine, please note it is still beta software and released mainly for testing purposes. Using this software in production is NOT recommended.

The final version of Plasma 5.21 will be available on the 16th of February.

Plasma 5.21 introduces a new application launcher that features a double-pane UI, improvements to keyboard and mouse navigation, better accessibility and support for languages with RTL writing.

The new launcher includes an alphabetical “All Applications” view, a grid-style favorites view, and power actions visible by default with their labels.

Last but not least, we have fixed most of the bugs reported by users, guaranteeing a smoother access to all your stuff.

The old Kickoff app launcher is still available at store.kde.org. 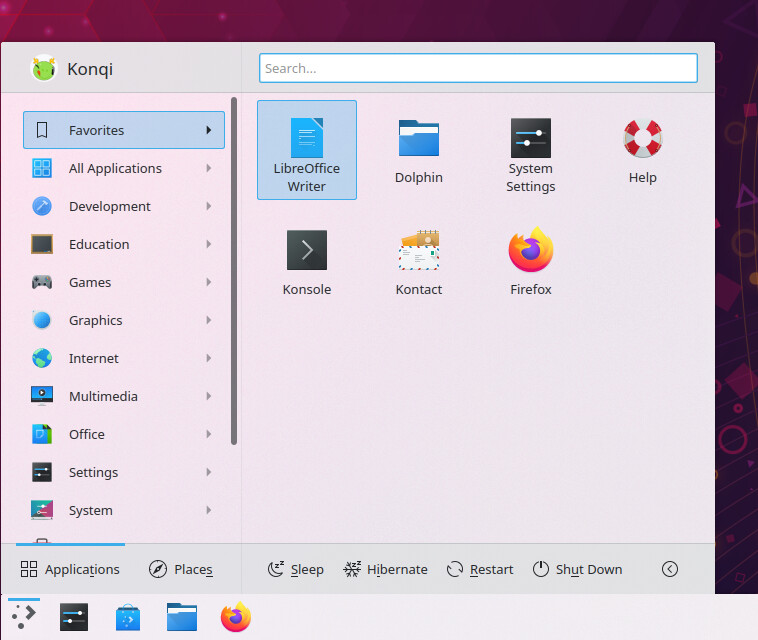 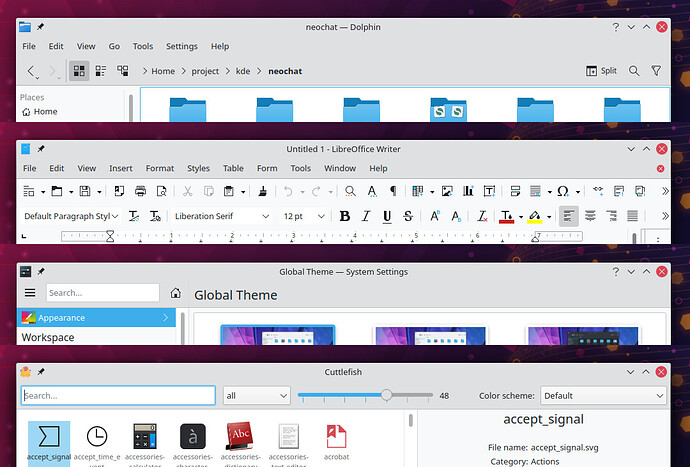 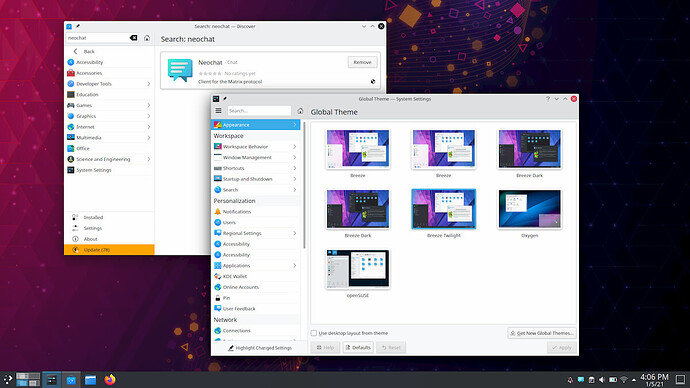 Meet Breeze Twilight: a combination of a dark theme for Plasma and a light theme for applications, so you can enjoy the best of both worlds. It’s available in the Global Theme settings

Plasma System Monitor is a new UI for monitoring system resources. It is built on top of Kirigami and a system statistics service called “KSystemStats”. It shares code with the new system monitor applets introduced in Plasma 5.19 and is designed to succeed KSysGuard.

Plasma System Monitor provides many different views, offering an overview page that provides information on important core resources, like memory, disk space, network and CPU usage. It also provides a quick view of the applications consuming the most resources.

If you need more details, the Applications page shows you all the running applications along with detailed statistics and graphs. A process page is also available for per process information.

History shows the evolution of the use of your machine’s resources over time.

Finally, you can also create new customized pages using the page editor. This lets you tailor the information you get from your system to your needs. 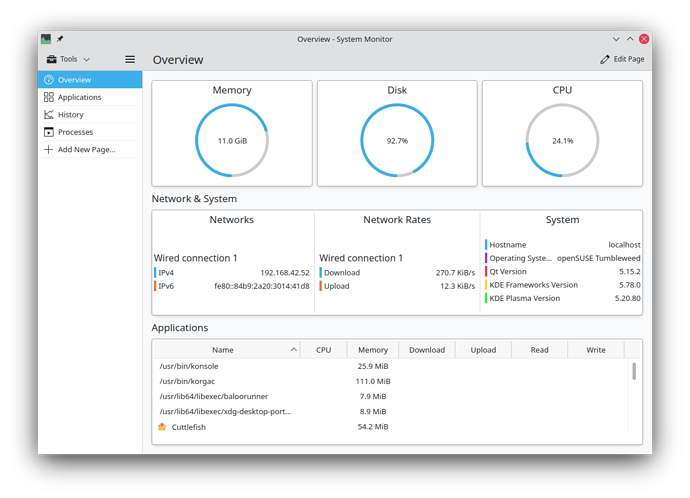 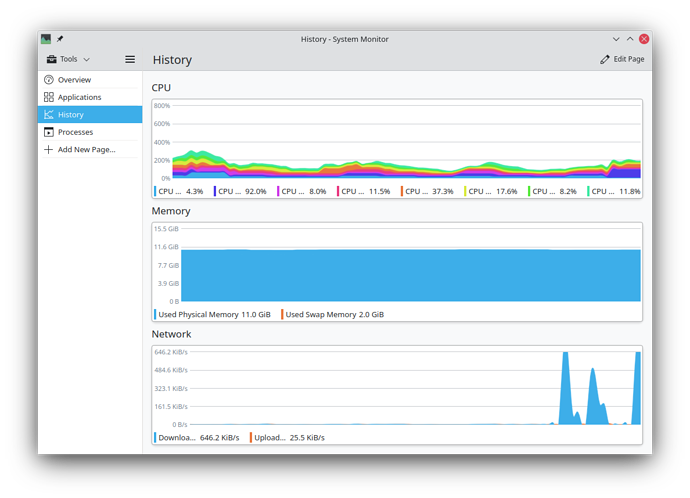 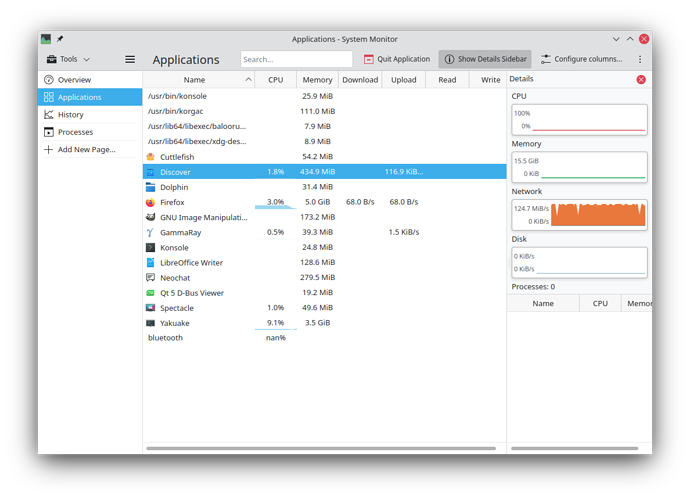 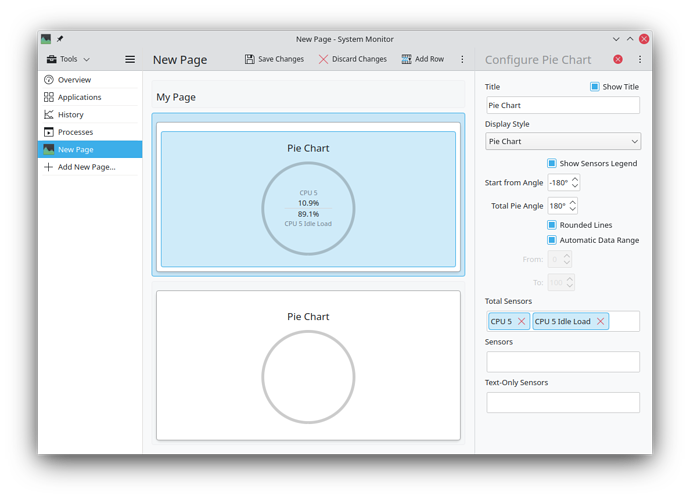 KDE is pushing to have first class support for Wayland, and Plasma 5.21 makes great headway to reach that goal.

The compositing code in KWin has been extensively refactored and should reduce latency throughout all compositing operations. We have also added a control in the compositing settings so you can choose whether you prefer lower latency or smoother animations.

In addition, we have also added support for mixed-refresh-rate display setups on Wayland, e.g. you can have one screen refreshing at 144Hz and another at 60Hz. Preliminary support for multiple GPUs was also added on Wayland.

Apart from the numerous improvements in stability, there are quite a few Plasma components that are getting much better support in Wayland. For example, KRunner is now able to list all open windows in Wayland, and we now support features required for GTK4, so GTK4 application will now work.

Plasma 5.21 brings a new page to the System Settings: the Plasma Firewall settings. This configuration module lets you set up and edit a Firewall for your system and is a graphical frontend for both UFW and firewalld.

Multiple pre-existing configuration pages have been completely rewritten and are now cleaner and easier to use. This has been the case for the Accessibility, Desktop Session and SDDM configuration modules. 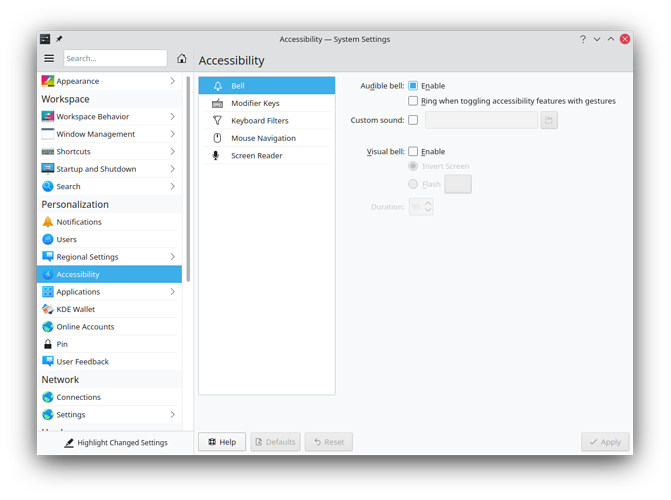 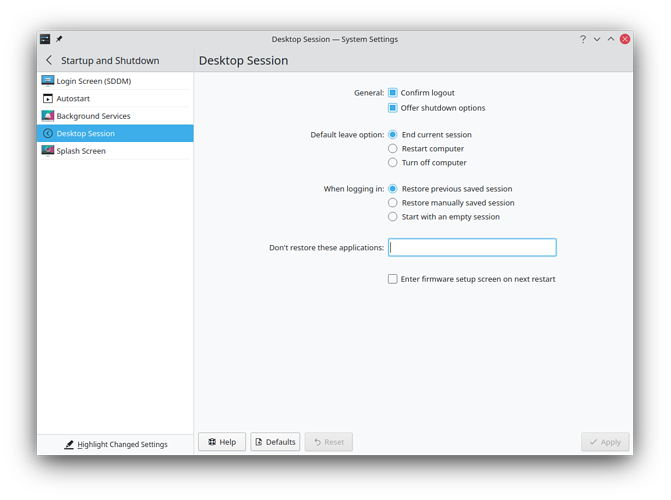 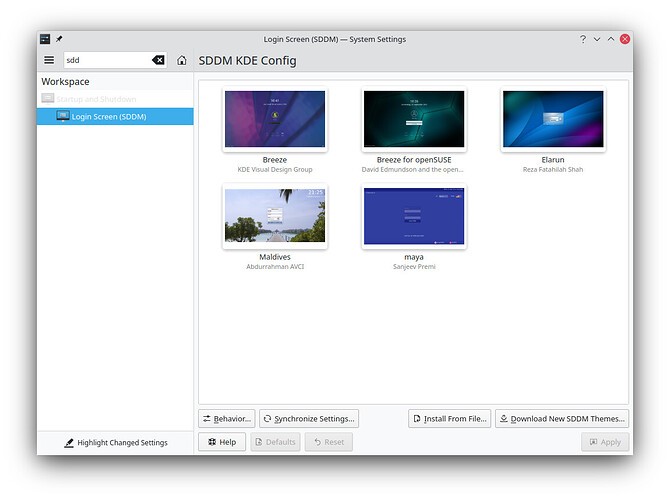 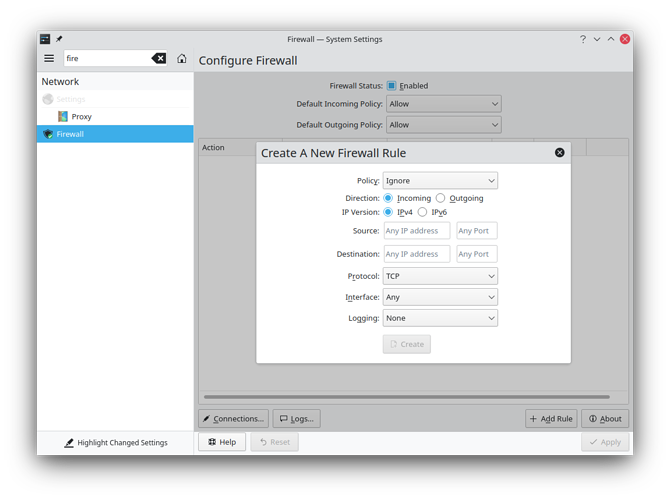 The Media Player applet’s layout has been improved and now includes the list of applications currently playing music in the header as a tab bar. Another upgrade is that the album cover now takes up the whole width of the applet.

Plasma has always been designed to be form factor flexible. It can work on a desktop but it’s also easily adaptable to work on a mobile. The PinePhone KDE Community Edition is now shipping. In Plasma 5.21 we are adding two new components for mobile in the official release.

A full changelog is available here.