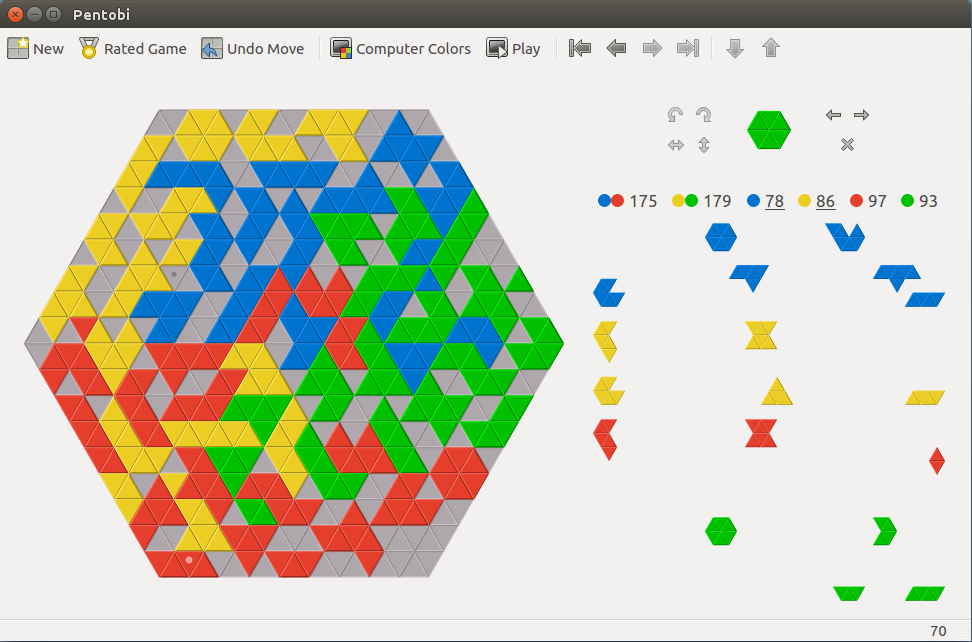 This week brought an exuberant amount of openSUSE Tumbleweed snapshots.

While the rolling release snapped its streak of continuous daily snapshots, Tumbleweed persists releasing numerous snapshots; in total, five have been released so far this week.

The last snapshot, 20211207, updated one package that gamers will appreciate. The computer opponent for the board game Blokus was updated with the release of pentobi 19.1. The bug fixing update provided a work around for a crash that happened during an exit in some situations. The package also avoids a warning with Qt 6 caused by a deprecated signal-handler syntax.

Snapshot 20211206 updated the 3D graphics package Mesa to version 21.3.1. The updated provided mostly AMD, Intel and Zink fixes. The package also added a work around to fix a segfault with the first-person shooter video game Metro Exodus, which announced availability with Linux in April 2021. The highly portable implementation of the Domain Name System protocol bind 9.16.23 fixed CVE-2021-25219 by disabling the lame server cache that would have allowed an attacker to significantly degrade resolver performance. There were some patches removed in the blog 2.26 update. Font rendering package freetype2 2.11.1 improved cmake support and updated the latest experimental COLRv1 Application Programming Interface to OpenType standard 1.9. Another rendering package poppler, which is for pdfs, updated to version 21.12.0 and added a few APIs; one to read/save to file descriptor; one to add images; and one to validate signatures. Many incremental improvements and bug fixes were made in the libvirt 7.10.0 update and a new feature is a binary that helps users figure out the format of Distinguished Name from a certificate file the way it expects in the tls_allowed_dn_list option of the libvirtd.conf configuration file. The userspace components for the Linux Kernel’s drivers and infiniband subsystem package rdma-core 38.0 was the only major version update in the snapshot; it updated kernel headers stddef.h. Other packages to update in the snapshot were gc 8.2.0, kImageAnnotator 0.5.3, strace 5.15 and more.

Snapshot 20211205 was pretty much all about the compiler and kernel with the exception on one other package; parsing library package mxml 3.3 fixed a potential memory leak in mxmlLoad functions and added more error handling to the library. The minor update of gcc11 11.2.1 enabled the cross compilers on the i586 microprocessor and removed the cross compilers for the i386 target. The 20211123 kernel-firmware updated the firmware file for Intel Bluetooth and kernel-source 5.15.6 fixed codecs for ALSA System on Chip errors, some discovery of arm firmware and a couple network facets like fixing the bridge port operation related to Marvell hardware.

Most of the updates in snapshot 20211203 were related to YaST. The update of yast2-storage-ng 4.4.20 fixed regressions for unit tests and replicated the generation of bcache issues to avoid setting the architecture for every test. The yast2-installation 4.4.26 package added a display the of a product’s license when only one product is available, but will not display the product’s selector during an upgrade. Virtualization package xen 4.16.0 made fixes to the Trusted Platform Module in preparation for TPM 2.0 support. A major version update of the text shaping library harfbuzz became available in the snapshot; the 3.1.1 version improved Unicode 14 properties in the shaper and provided COLRv1 tables subsetting support, and various other subsetter fixes. Other packages to update were libstorage-ng 4.4.63, scout 0.2.6, rubygem-cheetah 1.0.0 and rubygem-yast-rake 0.2.43.

Starting the week, KDE users could update to Plasma 5.23.4 in snapshot 20211202. Plasma’s software management GUI Discover made some adjustments on handling Flatpak and other software. Plasma’s power consumption package PowerDevil fixed a bug that had a different notification behavior for a critical battery than that of a low battery. Other packages updated in the snapshot were sssd 2.6.1, which hardened systemd services, and automake 1.16.5, which dropped a couple patches and made the output more reproducible.

After a lot of work, Ritchie-CLI 2.11.3 is officially available in the openSUSE Tumbleweed repository. Ritchie-CLI became official Nov. 11 in Tumbleweed, but was not covered in previous blogs. A big congratulations goes out to the entire ZUP team!

Ritchie is an open-source tool developed by the ZUP Company and allows users to create, store and share automations securely. It optimizes repetitive commands so users have more programming autonomy. Ritchie release notes provides an add Rhythm List Formulas command, a forced update option to run the latest formula version when enabled, lib to support Ritchie-CLI internationalization, repository new version detection using cache, and many other features. Alessandro de Oliveira Faria is working to add a new package to Factory and help from the openSUSE community is welcomed. The package is also in Alessandro’s Open Build Service home project for those interested in testing; there is also cloud testing. More information can be found in the package’s release notes.