This week the last piece of a major project almost five years in the making was merged: PolKit support in KIO! This allows Dolphin and other KDE apps that use the KIO library to to create, move, copy, trash, and delete files in non-user-owned locations! It took a long time but we finally got it. Thanks very much to Jan Blackquill for pushing this over the finish line and Chinmoy Ranjan Pradhan for starting it and getting it very far those years ago. Support will arrive in Frameworks 5.90 in a few weeks. Please test it out and file bugs on frameworks-kio if things don’t work right!

Konsole now lets you open the current directory or any other folder you right-click on in any app, not just the file manager (Jan Blackquill, Konsole 22.04):

KRunner now has an inline help feature, which you can show by clicking on a new question mark icon on its toolbar or typing “?” And while in Help mode, clicking a particular plugin will show you all the different search syntaxes for it! (Alexander Lohnau, Plasma 5.24) 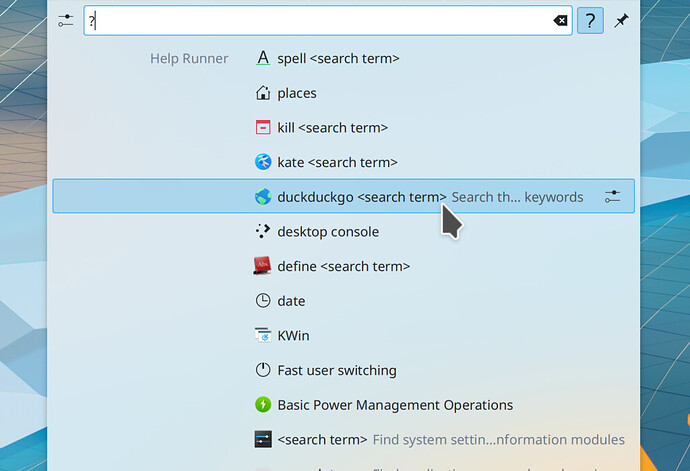 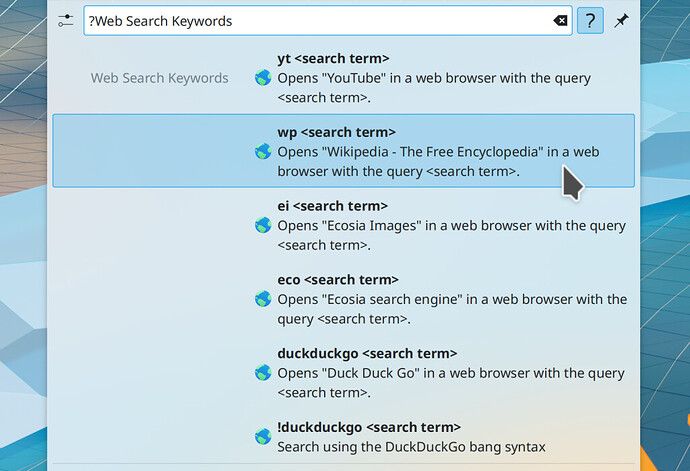 Users of the “Picture of the Day” wallpaper plugin can now pull images from http://simonstalenhag.se, which is full of cool and creepy sci-fi images (Alexey Andreyev, Plasma 5.24)

Extracting or compressing something in Dolphin using the relevant context menu items no longer ever causes a new Dolphin window or tab to be opened (Alexander Lohnau, Ark 21.12.1)

Ark no longer keeps the welcome screen visible for too long after you’ve used the app to do something (Albert Astals Cid, Ark 21.12.1)

The System Tray now makes itself translucent or opaque based on the translucency/opacity setting of its parent panel, as expected (Konrad Materka, Plasma 5.23.5)

In the Plasma Wayland session, System Settings no longer crashes if you let the Display & Monitor’s revert timer get all the way down to 0 seconds (Méven Car, Plasma 5.24)

In Dolphin, multi-line file/folder labels are now capped at 3 lines long by default, and when you hover over them you can see a tooltip that displays the full text (Leo Treloar, Dolphin 22.04):

In the Task Manager’s context menu, the “Start New Instance” context item has been renamed to “Open New Window” for clarity and no longer appears for apps marked as having a single main window or that already provide a “New Window” action of their own, and the “More Actions” item has been moved to the bottom and renamed to just “More” (Nicolas Fella and me: Nate Graham, Plasma 5.24): 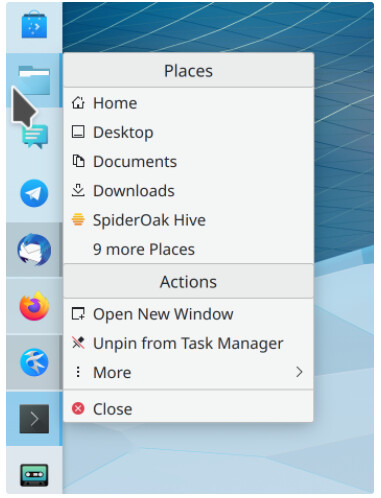 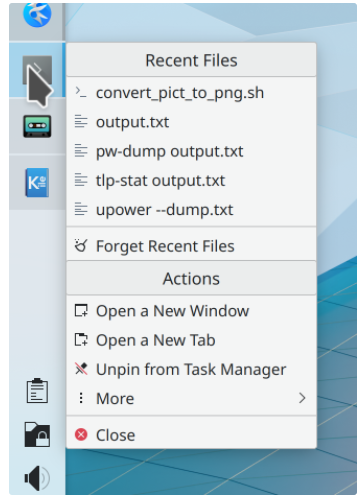 Discover now has an option to automatically reboot after an update is complete, which appears on the footer once the update process has begun (Aleix Pol Gonzalez, Plasma 5.24)

Scroll behavior in QtQuick software has been improved in several ways, including making the touchpad speed the same as it is in QtWidgets scrollviews, especially in the Plasma Wayland session when using screen scaling (Noah Davis, Frameworks 5.90)

Keep in mind that this blog only covers the tip of the iceberg! Tons of KDE apps whose development I don’t have time to follow aren’t represented here, and I also don’t mention backend refactoring, improved test coverage, and other changes that are generally not user-facing. If you’re hungry for more, check out https://planet.kde.org/, where you can find blog posts by other KDE contributors detailing the work they’re doing.

Have a look at https://community.kde.org/Get_Involved to discover ways to be part of a project that really matters. Each contributor makes a huge difference in KDE; you are not a number or a cog in a machine! You don’t have to already be a programmer, either. I wasn’t when I got started. Try it, you’ll like it! We don’t bite!