This week in KDE: Progress on gestures and 15-minute bugs

This week some of the in-progress work on touch gestures was merged, and now the edge swipe gesture to trigger KWin’s Overview and Desktop Grid effects will follow your fingers, just like you’d expect!

Big thanks to Marco Martin for implementing this improvement, which will be in Plasma 5.25. More is in the pipeline too, including finger-following touchpad gestures for the Overview effect and virtual desktop Slide effect. Hopefully I’ll be able to announce them as finished next week.

Current number of bugs: 76, down from 79. Current list of bugs

Dragging a panel from one screen edge to another no longer sometimes causes it to disturbingly get stuck in the middle of the screen (Fushan Wen, Plasma 5.25)

When sharing a folder using Samba, there is now a folder permission helper window to help you get the permissions right (Slava Aseev, kdenetwork-filesharing 22.08)

KRunner-powered searches are now case-insensitive when matching text for System Settings pages, so you can find them more easily (Alexander Lohnau, Plasma 5.24.4)

When running the Plasma Wayland session in a VM, clicking on something now causes the click to actually go to the correct place, rather than being slightly offset (Xaver Hugl, Plasma 5.24.4)

“Get New [thing]” dialogs once again work when you’re using your system in a language other than English (Alexander Lohnau, Frameworks 5.93)

Menus for text fields in QtQuick apps no longer show a separator as the first item or have incorrect spacing at the top (Gabriel Knarlsson, Frameworks 5.93)

The arrows in shortcuts windows in QtWidgets-based apps are now high-dpi compatible (Someone going by the pseudonym “snooxx ” Frameworks 5.93)

The bar that shows a disk’s usage level in Dolphin is now always visible, rather than only appearing on hover (Kai Uwe Broulik, Frameworks 5.93)

The Battery and Brightness applet’s power profiles slider now shows its two extreme states with icons, and indicates the current mode with text above the slider like other sliders do. This prevents text from ever getting cut off in languages that use very long words for “Power Save,” “Balanced,” and “Performance.” (Ivan Tkachenko and Manuel Jesús de la Fuente, Plasma 5.25): 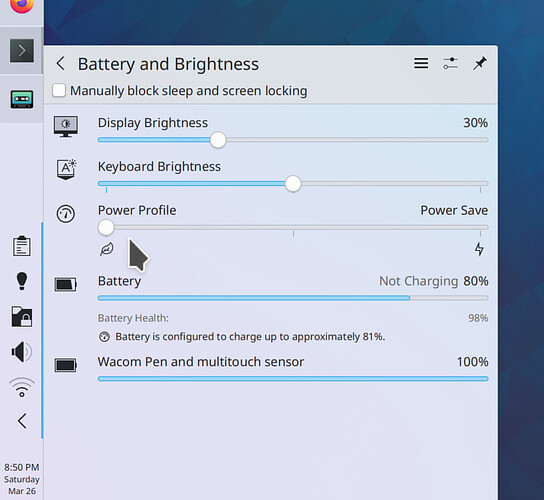 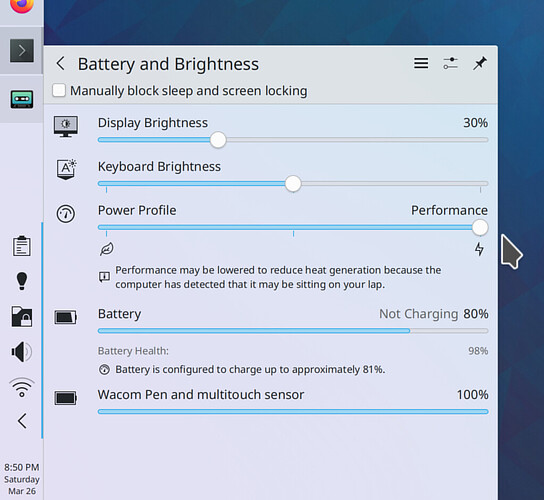 image1024×940 145 KB
Lists of recent documents now implement a FreeDesktop standard that governs this, which means they are now synced with GTK/GNOME apps. So for example you can open a file in Gwenview and it will appear as a recent document in the “Open File” dialog in GIMP! (Méven Car and Martin Tobias Holmedahl Sandsmark, Frameworks 5.93

This blog only covers the tip of the iceberg! Tons of KDE apps whose development I don’t have time to follow aren’t represented here, and I also don’t mention backend refactoring, improved test coverage, and other changes that are generally not user-facing. If you’re hungry for more, check out https://planet.kde.org, where you can find more news from other KDE contributors.

If you’re a developer, check out our 15-Minute Bug Initiative. Working on these issues makes a big difference quickly!

Otherwise, have a look at Get Involved - KDE Community Wiki to discover ways to be part of a project that really matters. Each contributor makes a huge difference in KDE; you are not a number or a cog in a machine! You don’t have to already be a programmer, either. I wasn’t when I got started. Try it, you’ll like it! We don’t bite!