This week in KDE: a feast for the eyes

Those finger-following touchscreen gestures have started to land, and we have a lot more than that too! This week is overflowing with positive visual changes that I think you’re all really going to like:

Accent colors are no longer darkened a bit when using a dark base color scheme (Jan Blackquill, Plasma 5.25)

When you change the color scheme, the screen now smoothly cross-fades between the old and new colors! (David Edmundson, Plasma 5.25):

Shamelessly copied from the GNOME effect, which was a really good idea. Soon this will be extended to also cross-fade when you change the Global Theme and Plasma Style too!

Info Center’s “About this System” page now shows you more relevant information about your hardware, such as the product name, manufacturer, and serial number (Harald Sitter, Plasma 5.25):

Showing the serial number requires an extra click so that you don’t accidentally reveal it when you take a screenshot of the window, as many people like to do

The Plasma Wayland session gained support for the “screencast session restore” protocol, which means that Flatpak-packaged apps that implement it (such as OBS since version 27.2.0) won’t have to ask for permission to restore the screen every time you launch them after you’ve granted it once (Aleix Pol Gonzalez, Plasma 5.25)

KIO no longer crashes while trying to open an unreadable file in an SFTP location (Harald Sitter, kio-extras 22.04)

Album list views in Elisa no longer display the tracks in the wrong order (me: Nate Graham, Elisa 22.08)

In the Plasma Wayland session, fixed a case where a misbehaving app could cause KWin to crash (David Edmundson, Plasma 5.24.5)

In the Plasma Wayland session, changing your screen configuration in certain ways (e.g. rotating and moving a screen while not also changing its refresh rate) no longer sometimes causes KWin to crash (Vlad Zahorodnii, Plasma 5.24.5)

In the Plasma Wayland session, when a window requests activation using the official Wayland activation protocol so that it can raise its own window, but this gets denied by KWin for whatever reason, now the window’s Task Manager icon uses the orange “needs attention” background color, just like on X11 (Aleix Pol Gonzalez, Plasma 5.24.5). If you encounter an app that does not get the orange background on its Task Manager icon when it fails to activate (e.g. when clicking on a notification sent by Thunderbird or Telegram), this means that the app in question does not implement the activation protocol at all, and it should! So go report this to its developers.

The Global Menu widget now works properly when you turn on its optional “be a hamburger menu” mode that is typically used for vertical panels (David Redondo, Plasma 5.24.5)

In the Plasma Wayland session, KRunner now appears on the active screen when shown, just like it does on X11 (Martin Seher, Plasma 5.25)

Discover no longer sometimes hangs forever when you visit its “About” page (Aleix Pol Gonzalez, Frameworks 5.94)

Kate, KWrite, and other KTextEditor-based apps no longer crash when you define a new file type for the app to open (Waqar Ahmed, Frameworks 5.94)

Checkboxes and radio buttons in Plasma are no longer sometimes blurry, cut off at the bottom, or slightly squashed when you use certain combinations of fonts and font sizes (Noah Davis, Frameworks 5.94)

The Places Panels in Dolphin, open/save dialogs, Gwenview, and all other QtWidgets-based apps are now touch-friendly (Steffen Hartlieb, Frameworks 5.94)

https://kde.org and all of it subdomains now auto-detect your browser language and show you content in your native language, if it’s available (Phu Nguyen, right now!)

In Kate and KWrite, typing an opening bracket character now automatically inserts the closing one after the text insertion point by default (Christoph Cullmann, Kate & KWrite 22.08)

The Network widget now shows contextually-relevant items in the expanded view of each list item, rather than a context menu. This makes them more discoverable and fully touch-compatible (me: Nate Graham, Plasma 5.25):

The Window List applet has been rewritten to modernize and future-proof its codebase, which also makes it keyboard-navigable and shows the active window’s icon and name in its Panel version, just like the classic Mac OS window menu did (Jan Blackquill, Plasma 5.25):

The “RGB Range” and “Overscan” controls in System Settings’ Display Configuration page now have help buttons you can click or hover over to learn what they do, as these are rather technical features need some explanation (Xaver Hugl, Plasma 5.25): 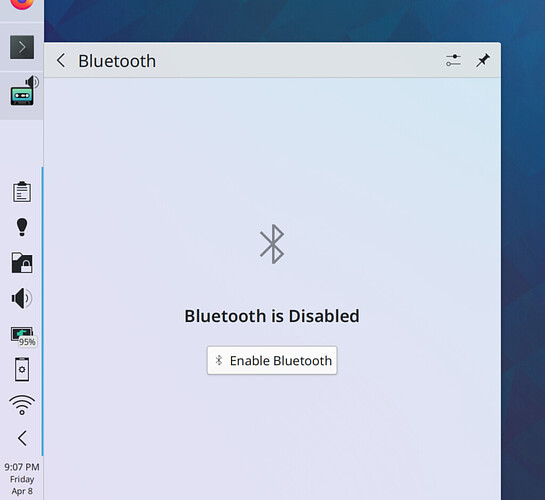 This blog only covers the tip of the iceberg! Tons of KDE apps whose development I don’t have time to follow aren’t represented here, and I also don’t mention backend refactoring, improved test coverage, and other changes that are generally not user-facing. If you’re hungry for more, check out https://planet.kde.org, where you can find more news from other KDE contributors.

If you’re a developer, check out our 15-Minute Bug Initiative. Working on these issues makes a big difference quickly!

Otherwise, have a look at Get Involved - KDE Community Wiki to discover ways to be part of a project that really matters. Each contributor makes a huge difference in KDE; you are not a number or a cog in a machine! You don’t have to already be a programmer, either. I wasn’t when I got started. Try it, you’ll like it! We don’t bite!